Our farm is located about 15 kilometers north east of Nuremberg.
At one of the most beautiful parts of Bavaria, conveniently reachable from the airports Munich (2 hrs) and Nürnberg (30 min.). 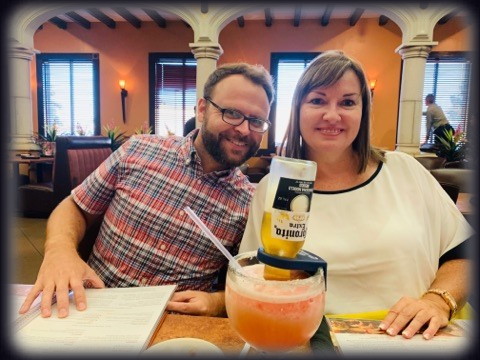 We strives to produce Miniature Horses with proportionate Arabian like conformation who has fluid full-size horse movement, eager to please dispositions, and eye-catching colour.  We prefer the size between 32-36". 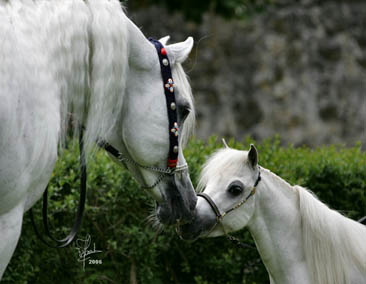 Wolfgang and I have just a few AMHA/AMHR mares and try to find a good matching stallion for the mares. We go eaxh year to AMHR Nationals in USA, to meet friends and see what's going on over there. 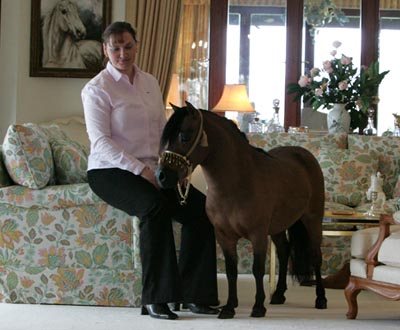 Should you have any questions, or require further information please do not hesitate to contact us.

Take a look around! If you see something that interests you, send us an e-mail and we'll get back to you as quickly as we can.
Visitor are always welcome. Please make a appointment before tht we have time for you. 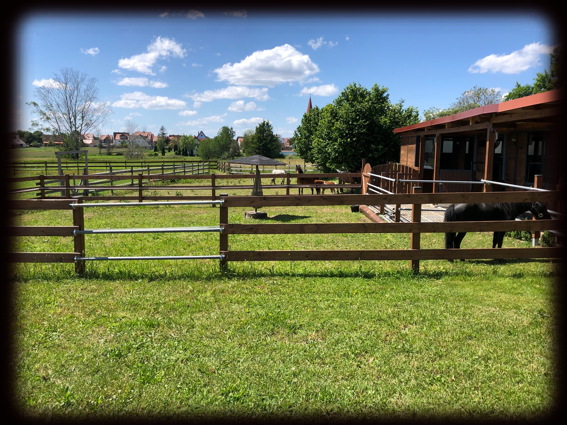 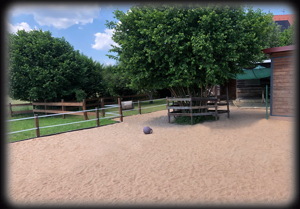 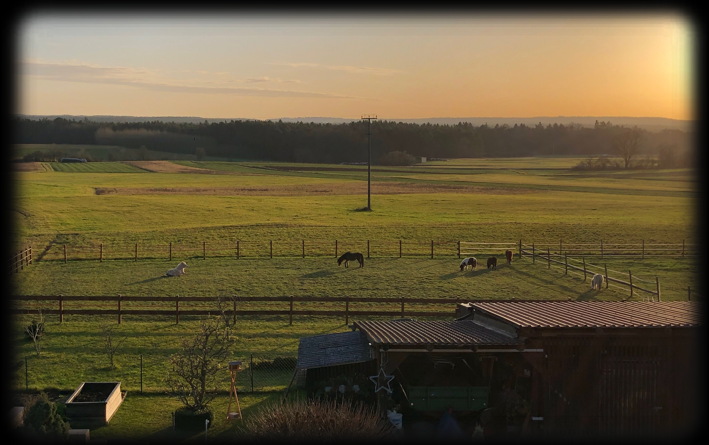 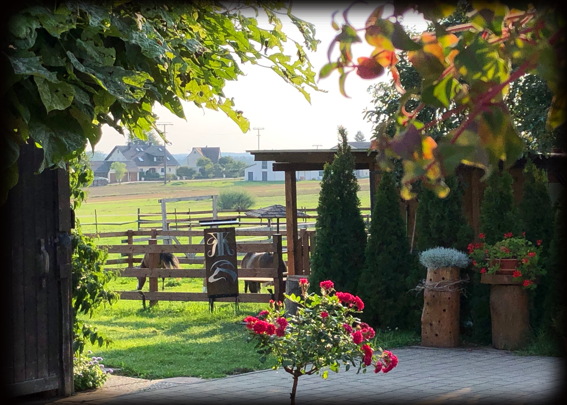 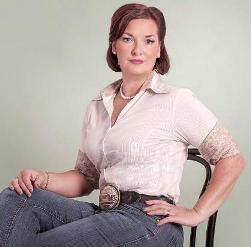 
The American Miniature Horse Registry (AMHR) was founded in 1971. It was agreed that it was owned and administrated by the ASPC. Miniature breeders were to have input through a committee. Only Miniature Horses of 34 Inches (86 cm) or less were approved of. The committee members changed the method of measurement to the last hairs of the mane. It was a compromise between measuring at the top of the withers and in the middle of the back. The 34 Inches were also a compromise. Initially it was being debated between 32 Inches (81 cm) and 36 Inches (91 cm). The first Standard of Perfection was written in 1974. In 1986 it was decided to expand the AMHR registry to include a division for horses up through 38 Inches (97 cm).


The American Miniature Horse Association (AMHA) was founded in 1978. Among the founders was Leon B. Blair, who chaired the committee that wrote the Standard of Perfection for the AMHR. He also provided the initial funding for the new AMHA. The association adopted a Standard of Perfection largely based on the one being previously written for the AMHR.

The AMHA offered twice to buy the AMHR from the American Shetland pony Club – in 1979 and again in 1983 – but the offer was times rejected both times.


The biggest difference between the American Miniature Horse and the American Shetland pony is the fact that – unlike the AMHR and AMHA – the ASPC is actually a breed registry. The studbook is closed and only ponies from ASPC registered parents can be registered as an American Shetland Pony. Both AMHR and AMHA are height registries, meaning the main determining factor is the height of the horse. Both registries do not have closed studbooks. They allow registration of horses from non-registered parents, albeit within certain limitations.

Especially in Germany many people are under the assumption that an American Miniature Horse is not taller than 34 inches and registered with the AMHA. German breeding associations established the AMHA as the studbook of origin. Their height limit is set at a maximum of 86 cm.

THANK YOU TO CONNI SCHNEIDER from DELSASTRE Minis for this well written text.